Some rubbish isn’t worth recycling

In these environmentally conscious times, its really important to recycle, but it gets a bit wearisome when the CBI insists on recycling the same old nonsense about strike ballots.

Having popped up just before the Budget in June to make the case that Britain’s economy could be kick-started by amending the thresholds on industrial action ball0ts (no, I’m not quite sure how this is supposed to work either), they’ve been at it again today, ably abetted (shurley some coincidence…) by the Mayor of London. 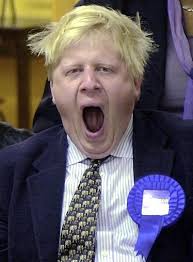 Is this issue really a top priority for the CBI’s own members? With industrial action at historically low levels; with thousands of SME’s facing financial difficulty as the government slashes into the £200bn a year its spends on private sector goods and services; and with the prospect of the 700,000 private sector jobs being lost as a result of the cuts, are CBI members honestly flooding Centrepoint with calls for the government to raise the threshold on industrial action ballots? Or, as I commented back in June are the CBI  in real danger of letting, ‘…ideology triumph over any serious practical assessment of the challenges facing UK businesses’?

Answers in the comments section please!

Fair pay in local government: Local public servants are worth it

CBI ‘backwoodsmen’ at it again

Is the UK heading for a summer of discontent?